arly Life: Richard Branson was born on July 18, 1950, in Blackheath, London, the eldest of three children. He has two younger sisters. He was not a good student due to having dyslexia. On his last day of school, the headmaster famously told Richard he would either end up in prison or become a millionaire. Decades later Richard would prove that prediction correct five thousand times over.

Branson showed entrepreneurial tendencies from an early age and his parents were supportive of his efforts. Branson launched a magazine called Student in 1966 when he was 16. The first issue debuted in January 1968. At the same time, Branson started a mail-order record company out of the basement of his local church. He used the magazine as a companion to his record business, advertising popular albums in it to drive sales. His small record business was an instant success, and since his overhead was less than that of the large record stores in London, he was able to sell his copies at a lower price.  His record business became known as Virgin, in reference to the fact that everyone involved in the venture virtually no experience at all in life or business.

areer: In the early 1970s Branson opened his first record store in London. Once Branson had earned enough money from his record store, he launched his record label Virgin Records. He bought a country estate and put a recording studio in it, which he leased to various musicians. Virgin Records soon began signing acts, including Mike Oldfield, whose 1973 album, “Tubular Bells”, became a hit. Branson’s label signed controversial acts that other companies were hesitant to sign such as the Sex Pistols. Virgin went on to sign the Rolling Stones, Peter Gabrial, XTC, UB40, Steve Winwood, and Paula Abdul. Branson introduced Culture Club to the world. Virgin Records went on to become the world’s largest independent record label. In 1980, Virgin Records went international.

In the early 1980s, Branson was on a trip to Puerto Rico when his flight was canceled, leaving him, his wife, and the other passengers stranded. He tracked down a chartered plane, divided the cost of the plane by the number of seats, and charged each passenger $39. A few months later, in the summer of 1984, he launched his transatlantic airline company Virgin Atlantic Airways. From there he launched Virgin Express, Virgin Nigeria, and Virgin America. He merged with the UK-based communications provider NTL in 2006 to form Virgin Media. He also founded the train company Virgin Trains.

In September 2004, Branson announced the formation of Virgin Galactic, a space exploration company. Its goal is to take paying passengers into suborbital space. Virgin Galactic (wholly owned by Virgin Group) plans to make flights available to the public with tickets priced at US$200,000. Virgin Galactic uses the technology behind SpaceShipOne, funded by Paul Allen.

Branson also launched Virgin Fuels in response to global warming and the spike in fuel costs. Its aim is to explore alternative fuels.

In January 2008, Branson’s Virgin Healthcare announced plans to open a chain of health care clinics that would offer conventional medical care alongside homeopathic and complementary therapies.

In 2010, Virgin Hotels was launched. In February 2018, Branson announced the first Virgin Hotel in the UK would open in Edinburgh. Virgin Hotels acquired the popular Hard Rock Hotel in Las Vegas and rebranded it a Virgin Hotel after an extensive renovation.

Altogether the Virgin Group controls over 400 companies. Branson was knighted in 2000 for his services to entrepreneurship which is why you may hear him referred to as Sir Richard Branson. He was chosen as one of the 100 Greatest Britons in a 2002 BBC poll. He has authored the books Losing My Virginity: How I’ve Survived, Had Fun, and Made a Fortune Doing Business My Way, Screw It, Let’s Do It, Business Stripped Bare, Reach for the Skies: Ballooning, Birdmen and Blasting Into Space, Screw Business as Usual, Like a Virgin: Secrets They Won’t Teach You at Business School, and The Virgin Way: How to Listen, Learn, Laugh and Lead. 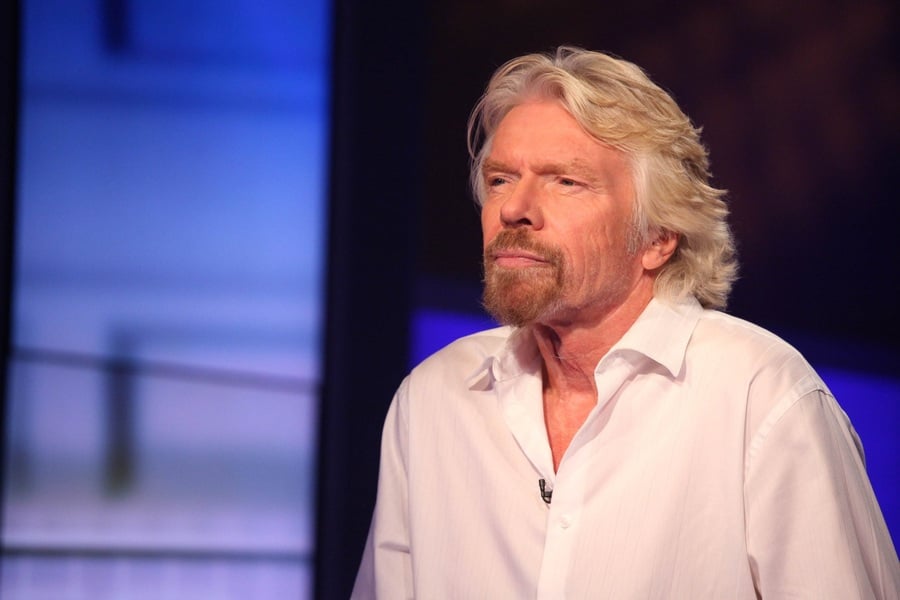 Branson is an experienced kitesurfer and holds world records in the sport. A well-known daredevil, he was injured in a bicycling accident in the British Virgin Islands in August 2016. He tore ligaments and cracked his cheek and was flown to Miami for treatment.

eal Estate: Branson bought 74-acre Necker Island in the British Virgin Islands in 1976 for $180,000. At the time, it was uninhabited. He promised to build a resort within five years of ownership of the island would revert to the state. He accomplished that goal and today you can rent the island for about $65,000 per day. That gets you two private beaches, pools, tennis courts, a personal chef, and a staff of 100. Today Necker Island is likely worth well north of $200 million, if he would accept any price.

Branson also owns The Lodge in Verbier in the Swiss Alps. The nine-bedroom chalet is considered to be the most luxurious home in the Swiss Alps. It is in prime position to take advantage of world-class skiing and snowboarding. Leonardo DiCaprio and the Beckhams have visited the Lodge.

In 2015, Branson purchased an estate in Mallorca, Spain for the second time for about $14.3 million. He aims to convert the estate into the very best eco-resort in Europe.

Next post richest person in the world Bernard Arnault

How to get kids to do their own homework

Which Celebrities Have Their Own Sneakers?

jussie smollett net worth is Estimated at $50 Million